The BOE has acknowledged the weakness in consumer confidence and spending, and to restore this, the bank has increased its asset purchase programme. The Bank of England has also given a clear message that it is set to do more if the economy needs any further help. The fact that the bank has used the most famous phrase “whatever it takes” shows that it is committed to doing anything to restore growth.

The Bank of England is fighting two battles at the same time, which are lockdown and Brexit—a self-inflicted injury.

The European and U.S. futures are trading higher once again today. Speaking of the U.S. futures, the equity cash indices have already erased their last week’s losses, which shows the current trend’s strength. There is no doubt that the current momentum is very much driven by tech stocks. The Nasdaq closed with more than 4% gain yesterday, which we have not witnessed in months. The last time we experienced such massive gains for the Nasdaq was back in April this year.

Traders are feeling upbeat about the blue-wave as Joe Biden won Michigan and Wisconsin yesterday. Biden is almost set to send President Trump home. Having said that, this presidential election is like no other as Joe Biden is fighting with President Trump, who is going to use everything in his power to stop Joe Biden from walking into the White House. Traders are concerned about legal battles now, which Trump’s legal team has opened in order to stop the vote-counting in at least two states.

There has been so much hope about the blue wave, and the fact that the market is still moving higher is chiefly because traders are hopeful for Joe Biden to become the United States president.

Michigan is an important state which Trump took from Democrats back in 2016, but now, he is no longer in control of the state. However, to many peoples surprise, President Trump still has Florida, and this is despite the fact that the state has been massively impacted by Coronavirus.

Biden now only needs to win Nevada, a state where he is already leading, or Georgia. Joe Biden has 264 votes, and he only needs seven more votes to declare the victory.

Joe Biden has taken a very different approach as compared to President Trump and said, “I’m not here to declare that we’ve won, but I am here to report that when the count is finished, we believe we will be the winner.”

Sending President Trump from the White House is not going to be a walk in the park. As mentioned earlier, he will fight with everything he has, and traders need to be ready for such events. We are on the brink of civil war, and it is only a matter of time until President Trump opens the gates for that.

The moment that takes place, investors are highly likely to be in an extreme panic mode, and the upward rally that we are seeing will fizzle out like it never happened.

There is still no major breakthrough, and there are very few chances that we will see any deal before the current deadline. The negotiators from both sides will once again begin the discussions next week. Looking at the Sterling, it seems like traders do believe that both sides will be able to clinch a deal in the final hour. After all, both sides have been involved in intense discussions for the last 14-days and a deal in not too far away to clinch.

There is nothing more important than the Fed meeting today when it comes to the dollar index and the stock market. There is no doubt that the Fed will be pointing their finger towards the White House.

The Fed has done enough from their side, and the lawmakers in Washington need to step up their game and provide the stimulus package which the market has been waiting for for such a long time.

Apple stock surged over 4% yesterday, and it is set to open higher today as well. However, investors are concerned that the company may run into serious trouble during the holiday period.

There aren’t sufficient chips available that control the consumption of power. If the company fails to fill in the gap, it will massively impact its sales revenue during the holiday period.

An increase in Covid-19 cases has already impacted the company’s launch of iPhone 12, and any further setback will leave serious scars on its revenue.

In terms of economic data, traders will be looking at the initial jobless claims closely. This will be the last important piece of information before we get the US NFP number, which is due tomorrow.

By the way, the US ADP employment number was immensely underwhelming; they missed the forecast by a large margin, setting up a negative tone for the US NFP data.

As for the initial jobless claims, the forecast is for 735K, from their previous reading of 751K. The continuing claims data is also expected to show a small improvement, and it is expected to fall to 7.2 million. Overall, the message is likely to be that we are a long way away from our target of full employment. 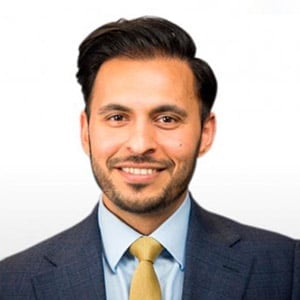